Dereje, my guide, and I talked a lot about the politics and culture of Ethiopia.  One of the topics we discussed, in depth, was the famine in the 70’s and 80’s.

A quick summary for those of you who remember the famine in Ethiopia that climaxed with thousands of deaths in 1984-1985, but don’t really know much more than that…

There were basically two reasons for the crisis: a drought in Northern Ethiopia, and disastrous government policies that contributed to the famine, which were then deliberately covered up. 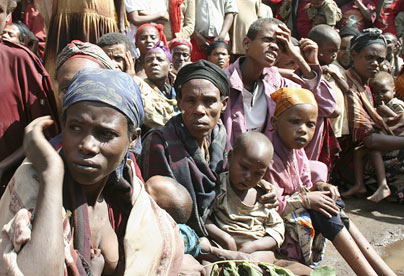 In North Ethiopia, people were told to relocate to the south where there was more food.  But, the people didn’t want to leave their churches; they are zealous church-goers, and attend every day.  They firmly believe that their religion is the most important part of their lives.  So, they didn’t move south.

It seems to me that the priests should have done a better job leading their congregations.  Church services can actually be held outside the churches, themselves.  Of course, I know there were many other political factors at play and I’m oversimplifying things, but it is still seems the priests hold some of the culpability.  And actually today, many of the humanitarian organizations working within Ethiopia to stop child labor and marriage for young girls, feel the only way to make progress is to work through the churches, precisely because of the sway they hold over their villages.

Dereje explained the role Haile Selassi (King of Kings, Elect of God, Lion of Judah, His Most Puissant Majesty and Distinguished Highness the Emperor of Ethiopia) played in the famine.  Selassi reigned from 1930 to 1974, living in opulence and ceremony while his country starved. 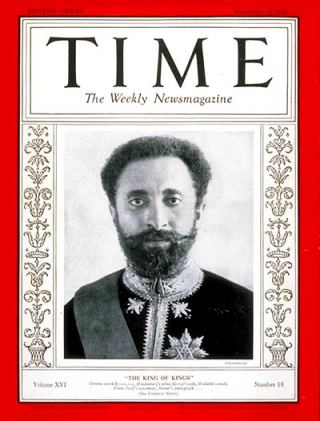 Captivated by the whole discussion, I have since read Ryszard Kapuscinski’s book “The Emperor”, and now understand the event more clearly.  His book is a masterful account, engrossing and informative – a fascinating ride.  Kapuscinski does a fantastic job painting as balanced a picture as possible of this horrific period of history.

In addition to being responsible for unimagined corruption and harsh brutality, Selassi also defeated the Italians under Mussolini, made Ethiopia a global political player, and invested heavily in modernizing his country’s infrastructure.

The more I learned about Ethiopia’s history, the more fascinated I became.  Stay tuned for my summary of the current situation as I understand it…

Want to know what really blew my mind in Ethiopia? The religious history. I totally recommend you pick up “The Sign and the Seal” by Graham Hancock, which will do this so much more justice.  He’s crafted a spellbinding (and controversial) history/adventure story about his investigation of the Ark.

Ready for this? Ethiopian tradition has it that:

Hancok’s quest to discover whether the Ark is really in Ethiopia, as told compellingly in his book, includes ancient Egypt, Jerusalem, the Bible, the occult, the Knights Templar, and, of course, Ethiopia, itself.

I visited many orthodox churches everywhere we went, but the most awe inspiring were the churches said to be built by King Lalibela in the late 12th century. Some of them are monolithic churches, carved from one single rock. Amazing.

The stories tells that King Lalibela, again believed to be the son of King Solomon, went to Jerusalem to see where he was born (or at least where his father lived — I forget if he was born there or just conceived there), and died while he was there. Then while in Heaven, God sent him back to Ethiopia to build the churches. So, he built one set to look like those he saw in Jerusalem, and another set to look like those he saw in Heaven.

Seeing what a strong role the Church plays in the day-to-day lives of most Ethiopians, I couldn’t help but wish it used that power in different ways. Stay tuned to hear thoughts on that…

Error: Twitter did not respond. Please wait a few minutes and refresh this page.