As I become more and more enamored with the people, history and culture of Ethiopia, it is heartbreaking to learn that the current outlook isn’t so rosy.  The major issues that stuck out for me were the political situation, the social issues (education, women’s rights), clean water, and the famine and resulting border tensions with Kenya.

First, the political situation is stable, but not ideal.  There isn’t freedom of the press.  It will be interesting to see if the death of the Prime Minister in August (2012) will lead to more or less freedoms.  And although there are elections, I was told they are basically just for show since 85% of the population lives in the countryside and all the land belongs to the government.  They need to vote with the government to keep their homes.  I also learned that in 2010 international observers said the elections didn’t meet international standards since government funds were used to campaign for the ruling party, which won 545 of the 546 seats in the parliament.  Looking back a bit further, the 2005 elections resulted in 200 people dying in election related violence, and dozens of imprisonments of demonstrators and opposition leaders. 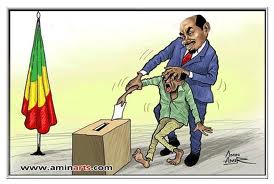 Second, there are major social issues, especially concerning women and education.  The key problem for women is forced marriage at a young age, at times, as young as 12 years old; marriage, and womens’ rights, in general.

In one village, Dereje was hoping to show me a cow jumping ceremony, a formality prior to marriage where a man has to prove he is worthy to marry by jumping over a cow.  That day, there wasn’t one.  And at first, I was disappointed because he had told me how entertaining the music and dancing are.  But then I realized I was fortunate, because he also said the bride to be is whipped by her mother in law to be so she is bloody — it is “willing scarification”.

I don’t think I could have watched that.  Dereje said that first wives in a lot of these tribes are basically slaves because the husband pays such a large dowry to her family.  For example, after they serve their husband dinner, they have to sit facing the wall, waiting for him to finish.

In general, it seems hard to be a woman in this area.  Female circumcision is common in some tribes.  And while a growing percentage, still fewer girls than boys are sent to school.

In these conditions, it is hard to be a first wife; you are a virtual slave.  But, families rejoice when they have girls because it means they will be able to get bride prices for them — especially if they are first wives.  If you are a first wife, your family does very well by you.  But, if you are a second wife, your life seems easier, but your family doesn’t do as well. The same story goes even more for a third wife, and onward. 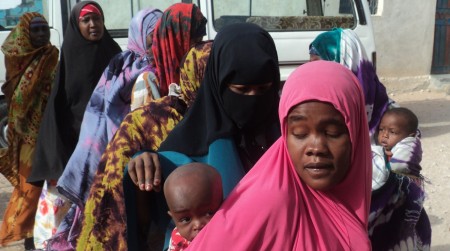 It’s hard to imagine having to think about these things.  What do I pray for: would I want to enable my family to be significantly better off but have an unpleasant life, or screw my family and live more easily?

I learned about the education problems anecdotally when I was trying to give pens I brought with me away to the kids.  We had very limited success handing them out the last couple of days, as we only wanted to give pens to kids who attended school, and it seemed that not a lot of kids were doing that.  Sad.

One day we gave pens to five boys who were walking back from school.  We found out that they walked all the way there to find out that, as usual, there wasn’t a teacher.  I was impressed that they kept making the (laborious) effort to get themselves there every day.  I wished I could have given them a teacher to go with the pens.

Clean water is another huge problem in Ethiopia.  Every time we passed a well, there were people lined up with their yellow or blue plastic containers.  And at every stream, people were filling up their containers — the problem was that they were collecting the water directly next to other people bathing or doing their laundry. 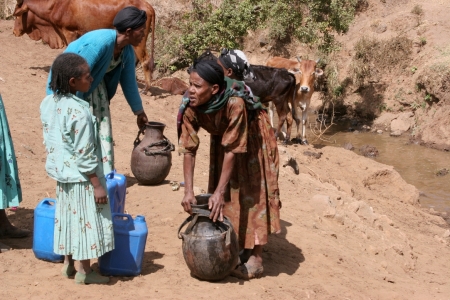 People want containers for water.  When we drove past kids (children who seem to be as young as 5 in charge of herds of animals) on the roads, they asked for our empty water bottles to reuse them.  Some of the kids were really inventive with dances to try to differentiate themselves from everyone else, doing froggy jumps, or looking like Greeks, or doing the funky chicken with their legs. 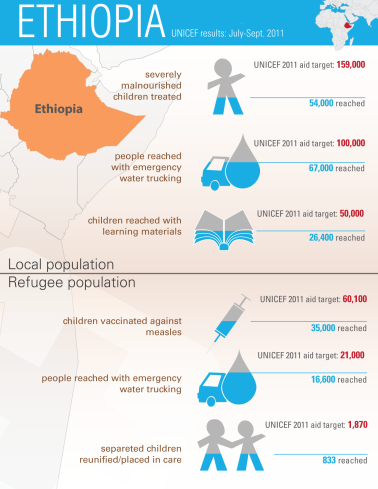 As we got closer and closer to the Kenyan and Sudan borders, we started to see more guns.  I guess these tribesmen can have hundreds of cows to protect, and they trade cows for guns with the Kenyans.  Plus, there was growing animosity due to the worsening famine in the area of Kenya that is across the border from Ethiopia.

In rereading everything I just wrote, I realize I haven’t painted a very rosy picture of Ethiopia.  So, let me clarify a couple of things.

First, I was awed by my visit there.  The people, the food, the culture, the sights.  I loved every minute of my trip (ok, there were a few minutes I could have skipped, but, you get the point).  Second, because of its history and the role it played in the history of civilization, it has endured many worse moments in time, and come back strong again.  Third, a lot of things are improving there on a day by day, and decade by decade basis.  They have a new prime minister, and the IMF raised the economic growth rate from 5.5% to 7%.

As a travel destination, I was blown away.  I just want its people to have the same sense of awe about their future as I have about their history and culture. 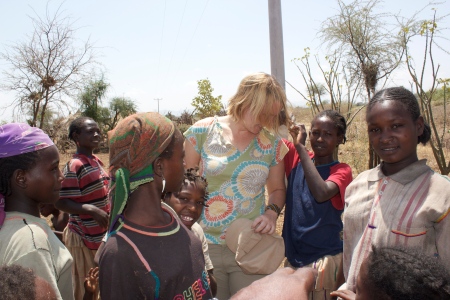